To help us give you the best experience possible, please accept all cookies

The story of Pick Everard is one of innovation, collaboration and community

Pick Everard’s story begins with founding partner John Breedon Everard, an ambitious young civil engineer who put together a team for his first commission at the new St Pancras station; an impressive start to an illustrious career. A decade later Samuel Perkins Pick joined Everard as an assistant. Pick’s keen talent and their mutual respect saw him promoted to partner within a few years.

From its early days, the firm sat at the vanguard of British life, taking on projects that affected everyone’s quality of life. The growing Pick Everard team delivered new buildings that kept people safe and healthy, employed and entertained, and cared for at their most vulnerable. After the Second World War we helped to rebuild Britain and advanced new technologies and infrastructure. At a time when the role of public authorities was expanding, we advised over 60 local authorities and delivered buildings for some of the country’s most well-known employers. Over the years we have received notable accolades; we are honoured that one of our earliest buildings is recognised with a Grade 2 listing. Crucial to the firm's longevity has been its ability to adapt, grow and push boundaries in order to shape the built environment. Most important to Pick Everard today is that we continue in the spirit of our founding partners; with professionalism, collaboration, compassion and positivity.

Pick Everard grew from a partnership between architect John Breedon Everard and engineer Samuel Perkins Pick. That same spirit runs through the culture of our multi-disciplinary business today, allowing us to offer all core services to our clients with specialist support from our established supply chain. 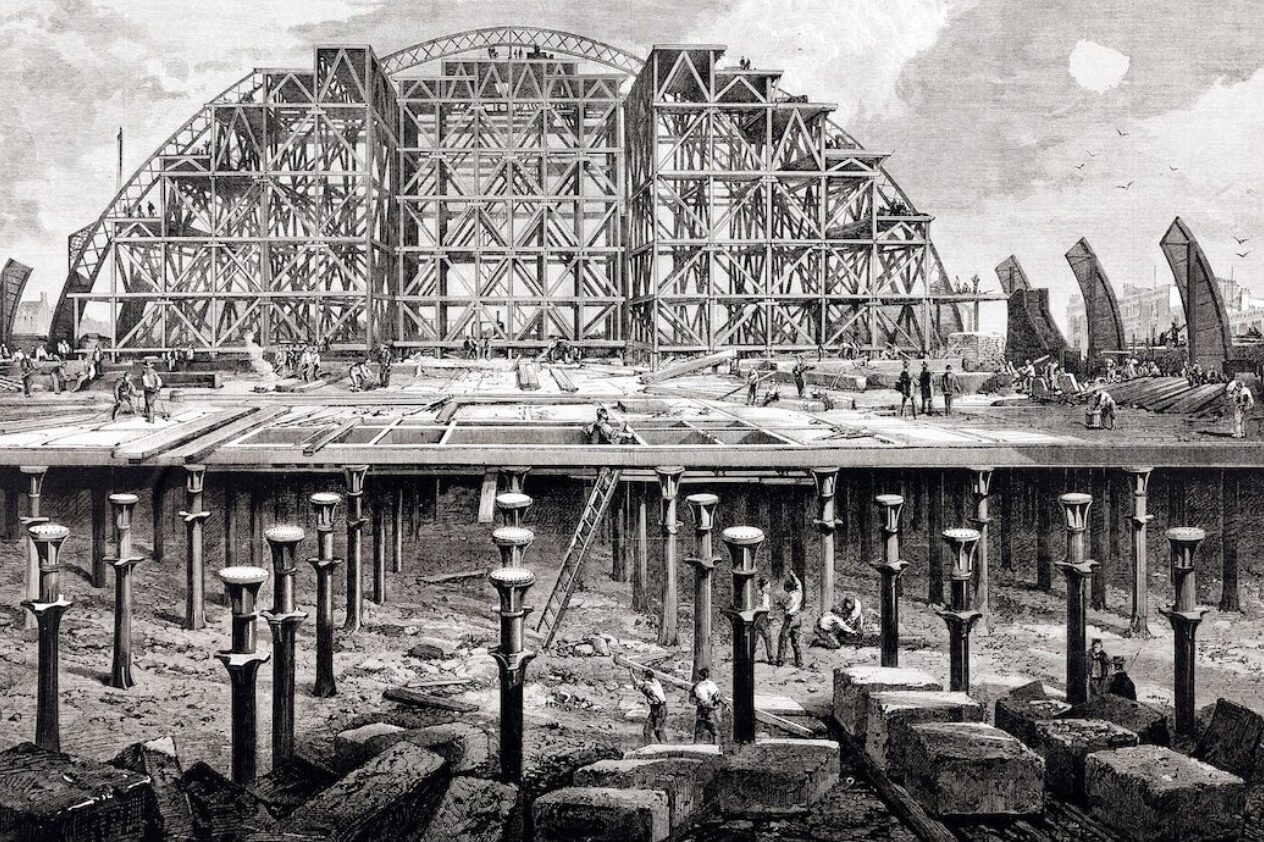 John Breedon Everard gained a new role on the new St Pancras Station which included supervision of the 240ft station span, ground works for the platforms and underground workings for the tube links.

Supplying water to a nation

Everard specialised in water supply projects and worked on the Derwent project, supplying water to Leicester, Nottingham, sheffield and Derby. Everard's design for a 60 mile pipeline was constructed as well as a major new bridge to carry water over the River Trent at Sawley. 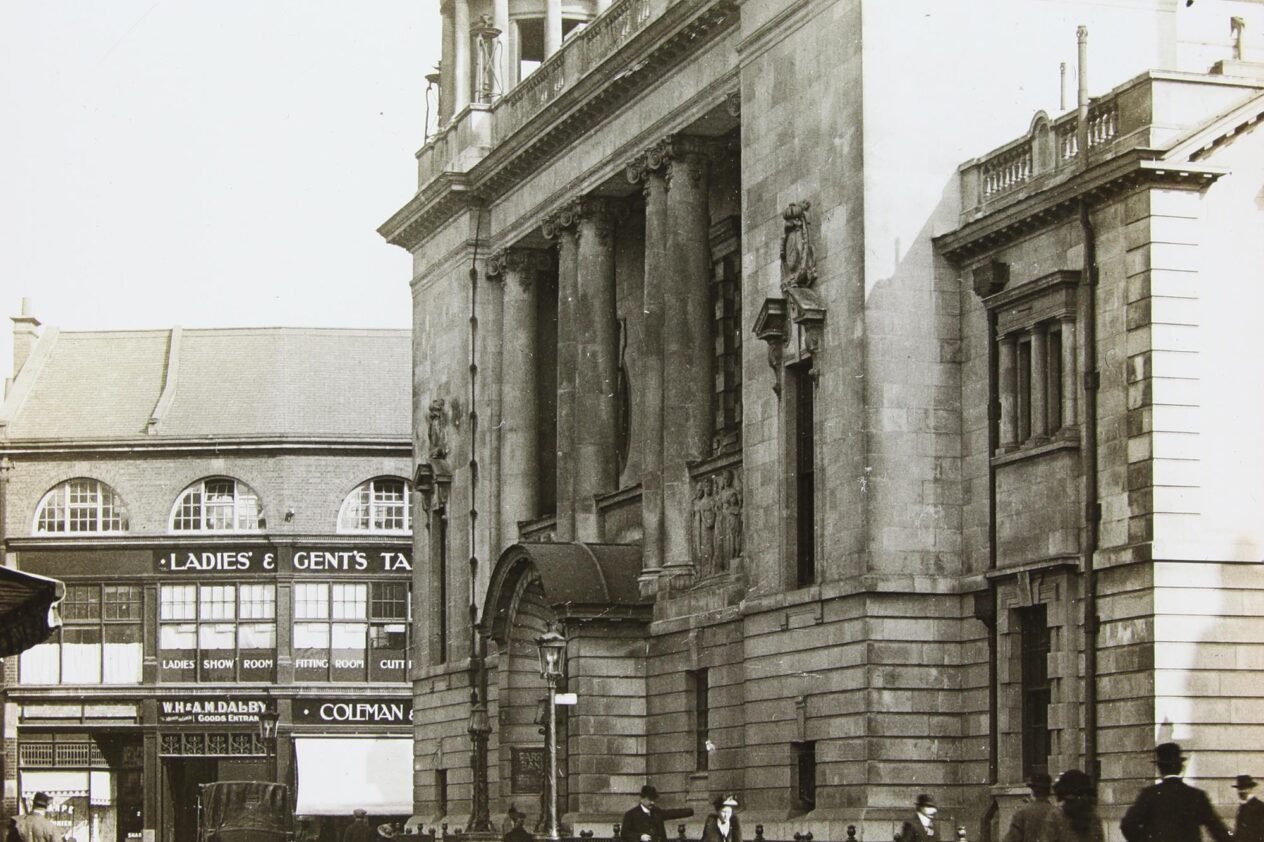 In 1898 Samuel Perkins Pick was making his presence felt with the acclaimed design and building of the Thomas Pares bank in St Martins, Leicester, now a listed building. Pick liked to take architectural ideas from other periods of history and adapt them to his own use.

During the start of the first World War Pick Everard had their first commission for Addenbrooke’s Hospital in Cambridge. 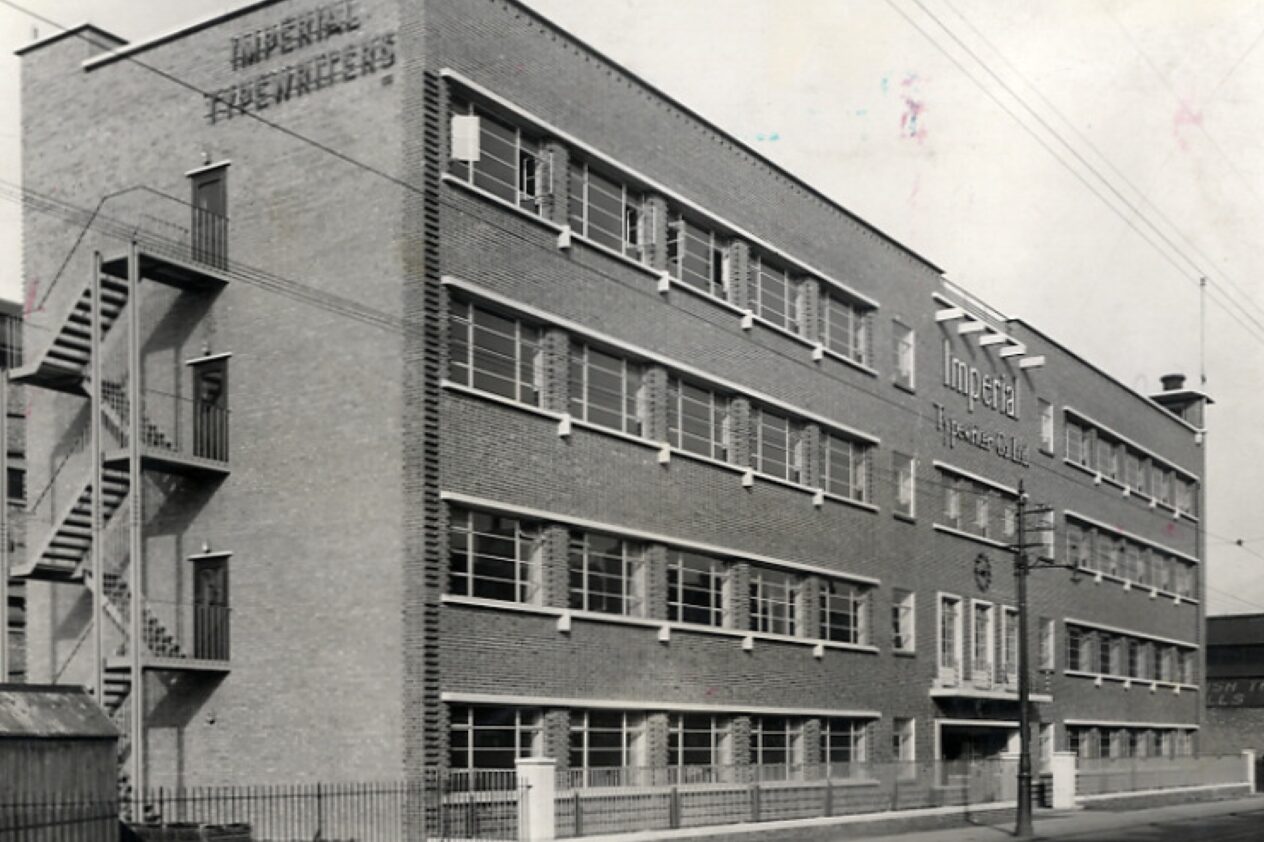 The design of a new factory for the Imperial Typewriter Company based in Leicester. The design of the building received a RIBA Bronze medal due to its strong visual presence.

After World War II a recovery project transformed the nation, with initiatives that provided free healthcare for all, better education, and new housing. Pick Everard helped to rebuild Britain and was involved in creating new hospital buildings, infrastructure and essential post War housing across the country. 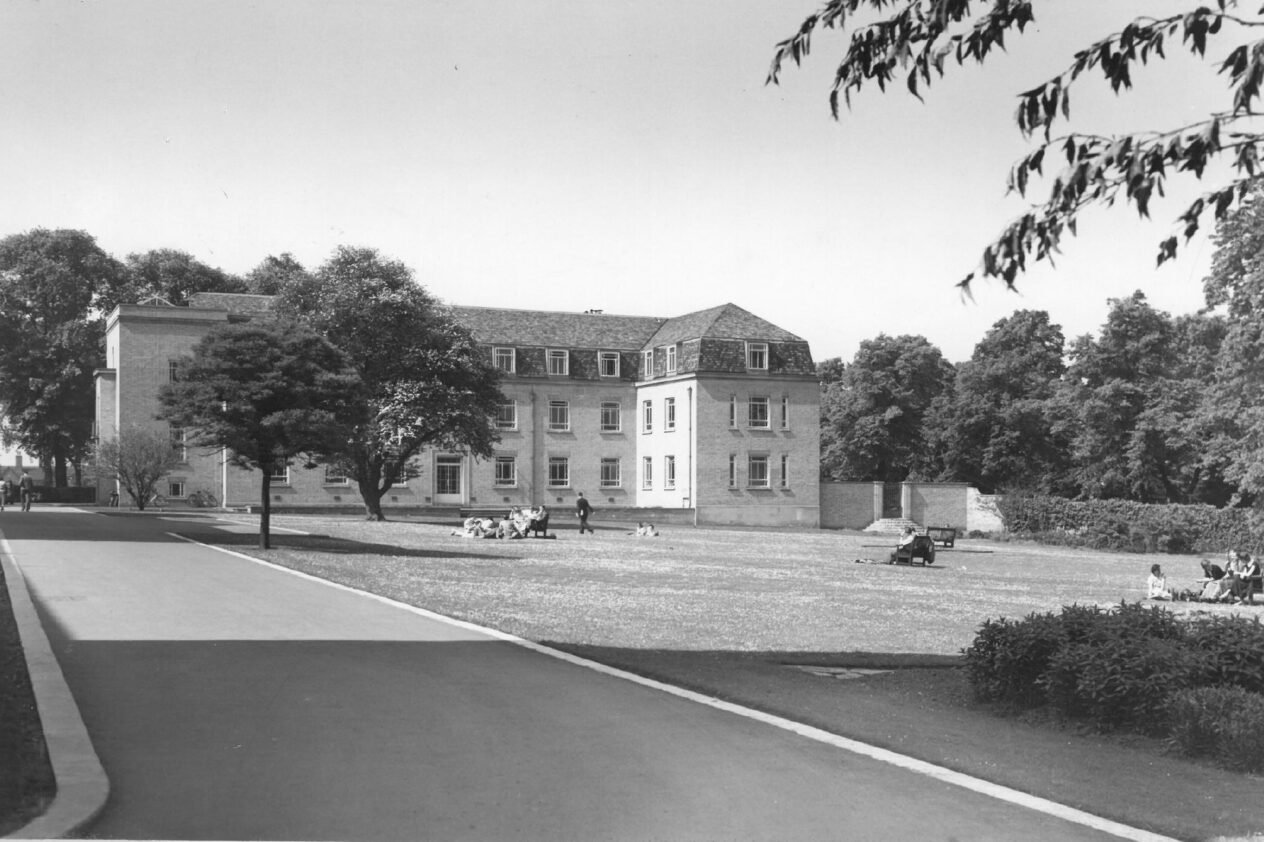 The University of Leicester

The Astley Clarke building was the first to be purpose built for The University of Leicester, which later received a RIBA Bronze medal.

Pick Everard has supported the University Hospitals of Leicester NHS Trust with updates to their estate including major redevelopments such as a new maternity department and postgraduate medical centre. We continue to work with them, completing the Leicester Children's Hospital in 2021.

Pick Everard worked with Sainsbury's to deliver a food factory and over 40 supermarkets across the country. 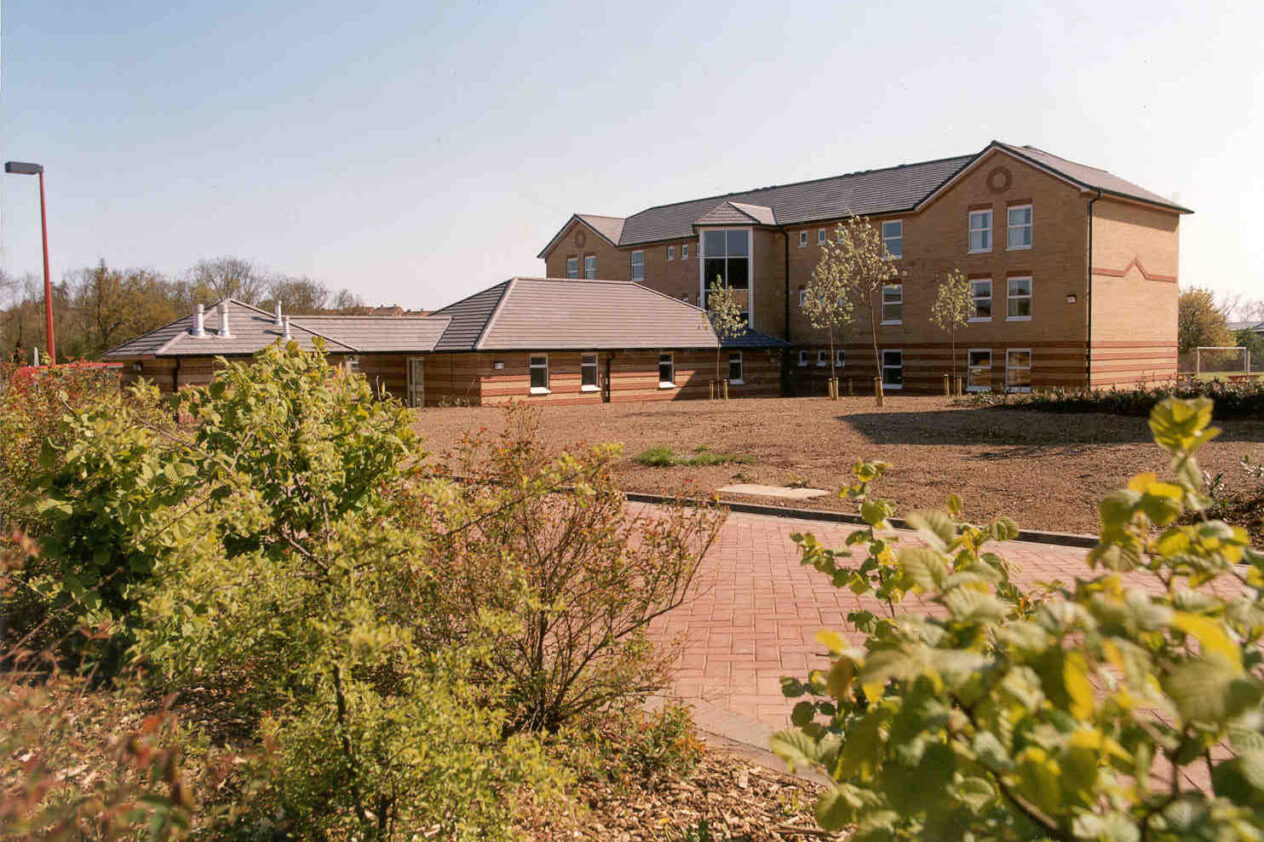 Pick Everard worked with the MoD on an expansion of the Invicta Barracks in Kent which created a new build and redevelopment for the Royal Electrical and Mechanical Engineers (REME).

We have worked with Cannon Kirk for over 20 years, delivering numerous major developments, providing a wide range of services to guide projects from initial planning and design through to detailing, construction and completion. On all schemes we have delivered attractive, sustainable housing and estates providing a sense of community. 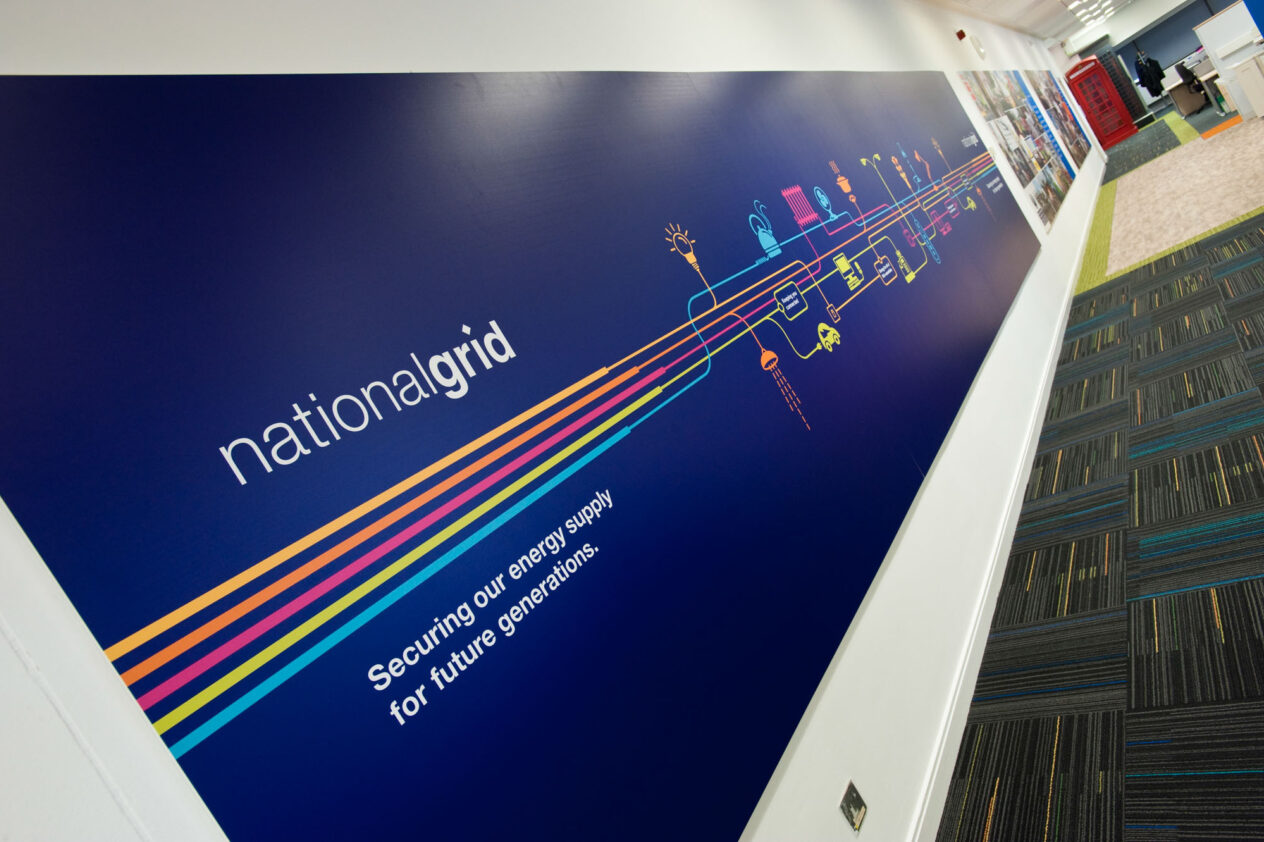 Since 2001 we have supported projects across a complex range of buildings for National Grid. Our expert team continue to provide a wide ranging services such as office refurbishments and fit-outs; measured surveys and condition inspections. 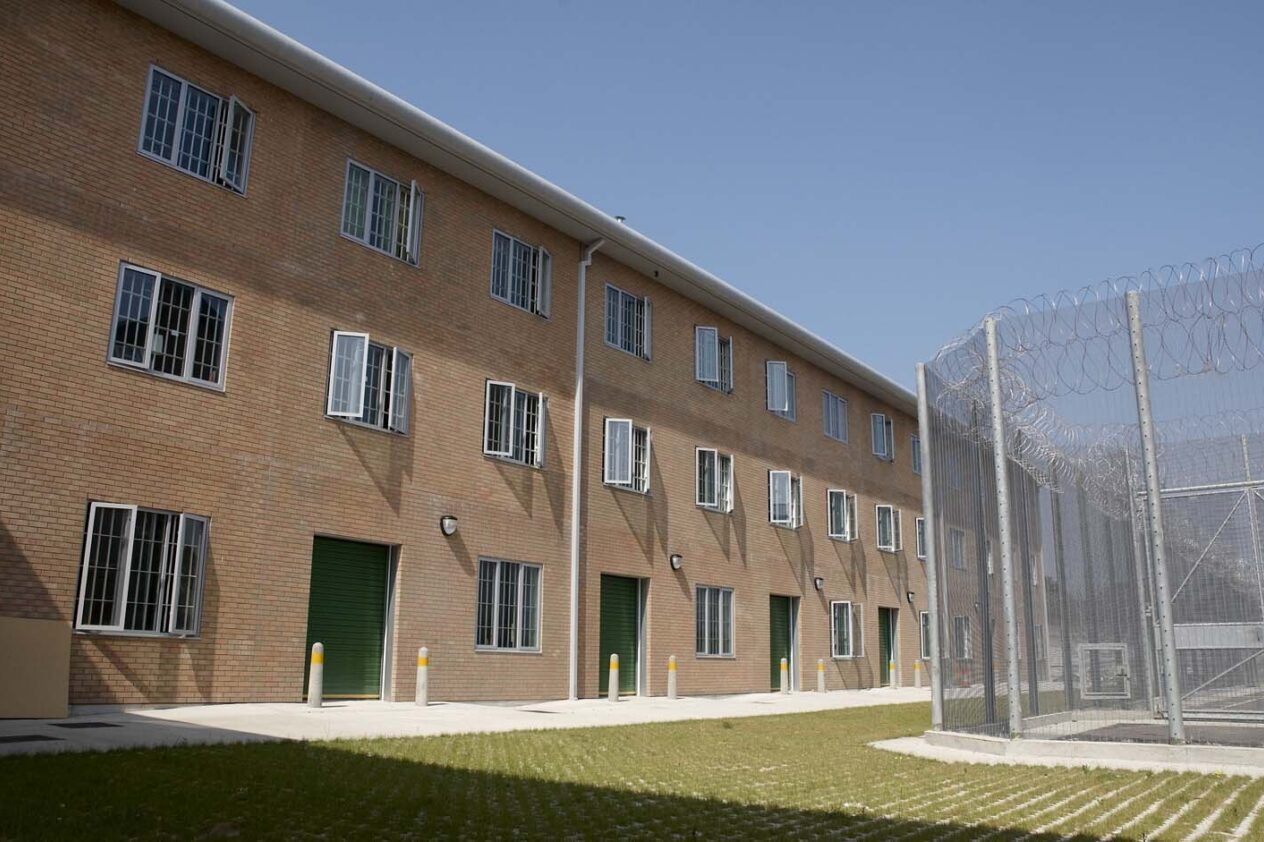 Achieving BREEAM Excellent for the Ministry of Justice

The significant expansion of HMP High Down is a major asset to the custodial estate, and was the first of its kind to be delivered under the Prison Capacity Programme. 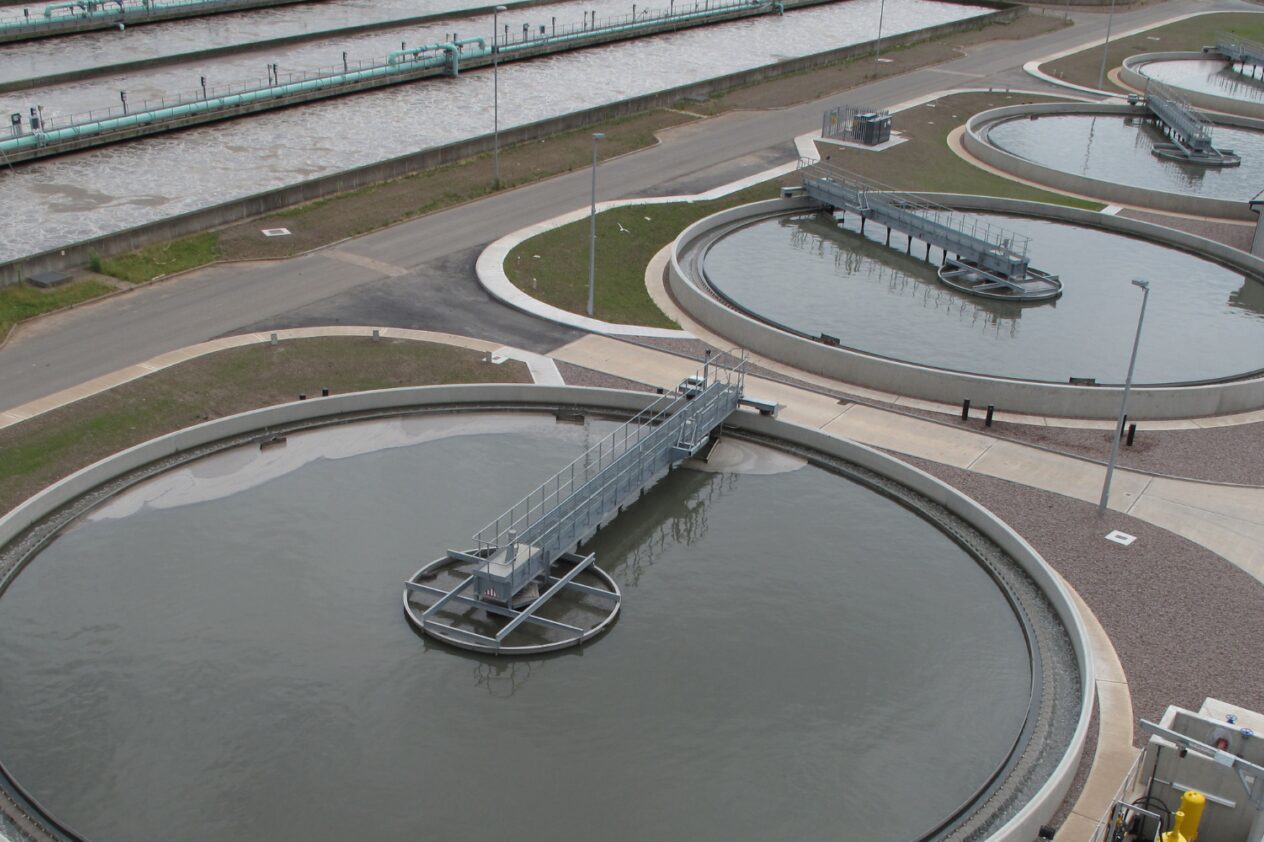 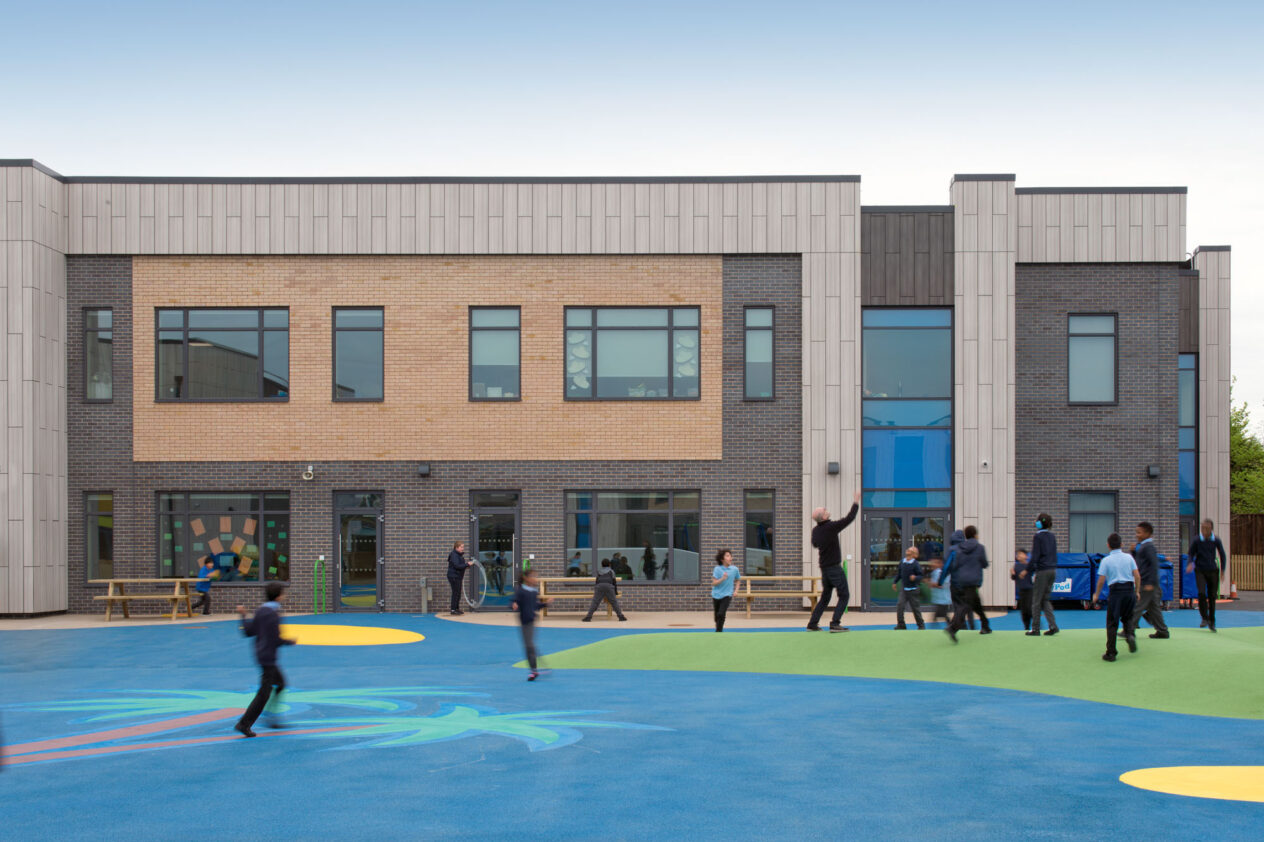 We designed and managed a £250m+ schools expansion programme for the London Borough of Hounslow to make sure every child in the borough received the best education possible. We have delivered more than 1,000 new school places.

In 2016 Perfect Circle was appointed as consultant to the £350m SCAPE BECS framework. Perfect Circle is jointly owned by Pick Everard, Gleeds and AECOM – leading, innovative firms with industry knowledge and expertise. 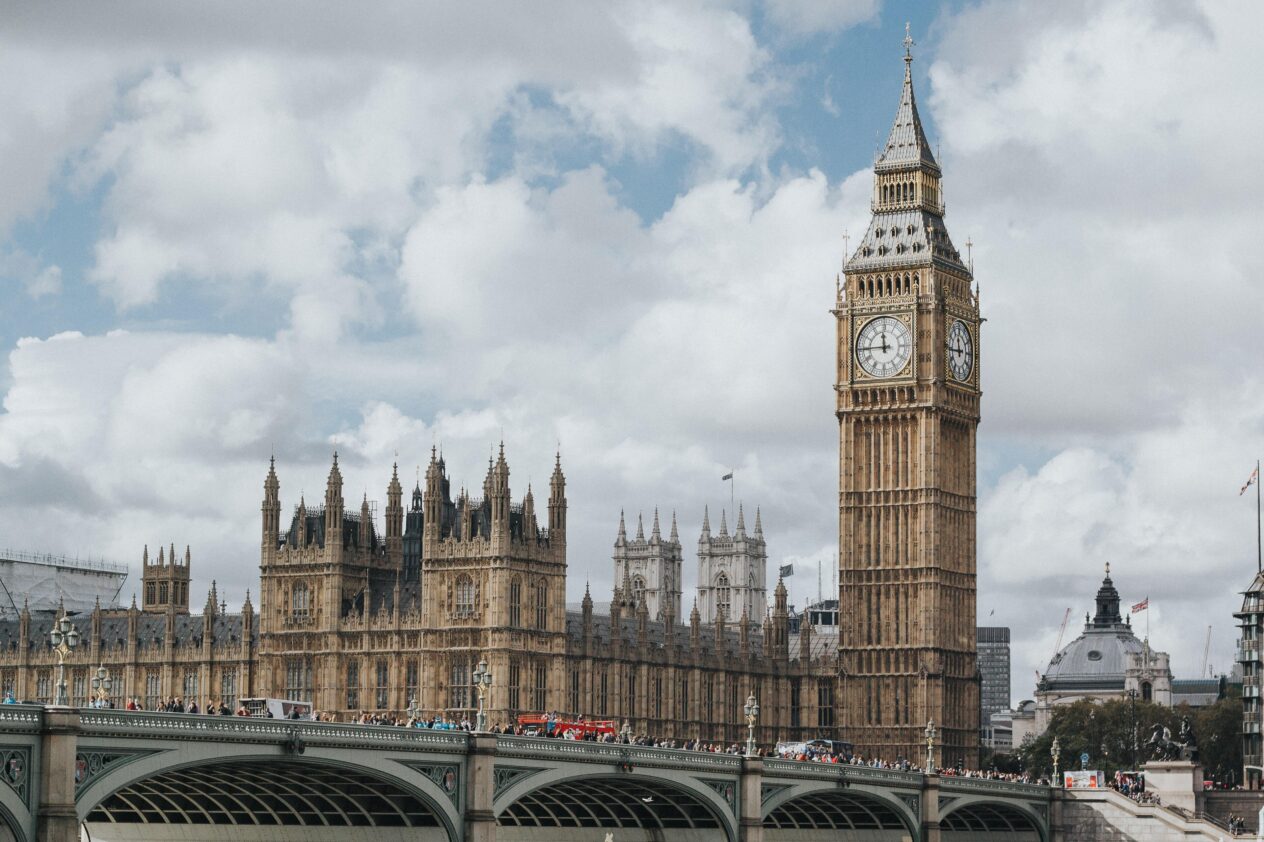 Grade I listed Palace of Westminster

Regarded as one of the most recognisable buildings in the world, the Grade I listed Palace of Westminster – a UNESCO world heritage site - required a condition survey to its riverfront elevation in support of planned repairs. 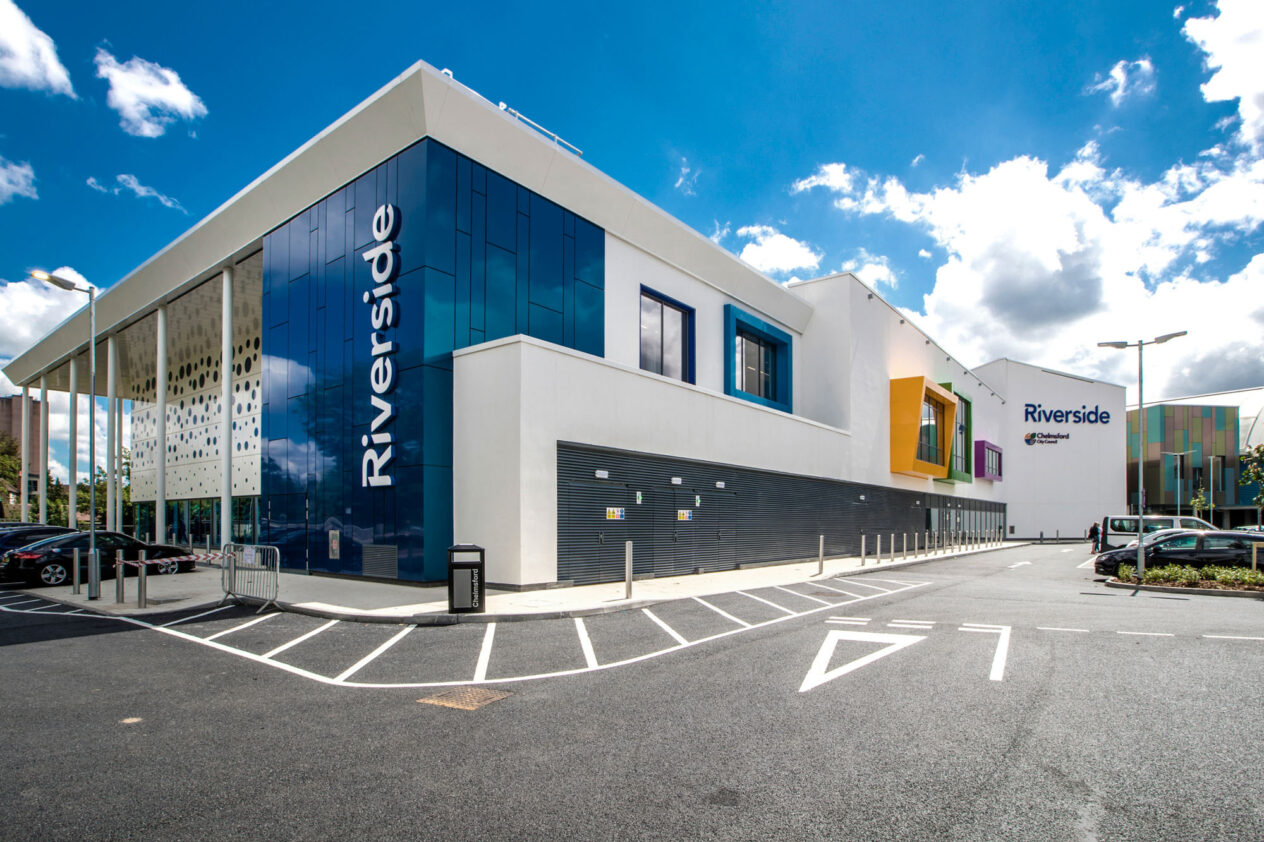 The UK’s Defence Science and Technology Laboratory (Dstl) £30m Energetics Analysis Centre (EAC) officially opened by royalty. The facility will provide the UK with world-class science and engineering capabilities to provide a defence against the use of energetic or explosive materials and protect against terrorist and criminal threats.

The first new build secondary school for a decade in Jersey

Les Quennevais School is the first new-build secondary school in Jersey for more than a decade, and has been labelled the most significant investment in education on the island in its history. 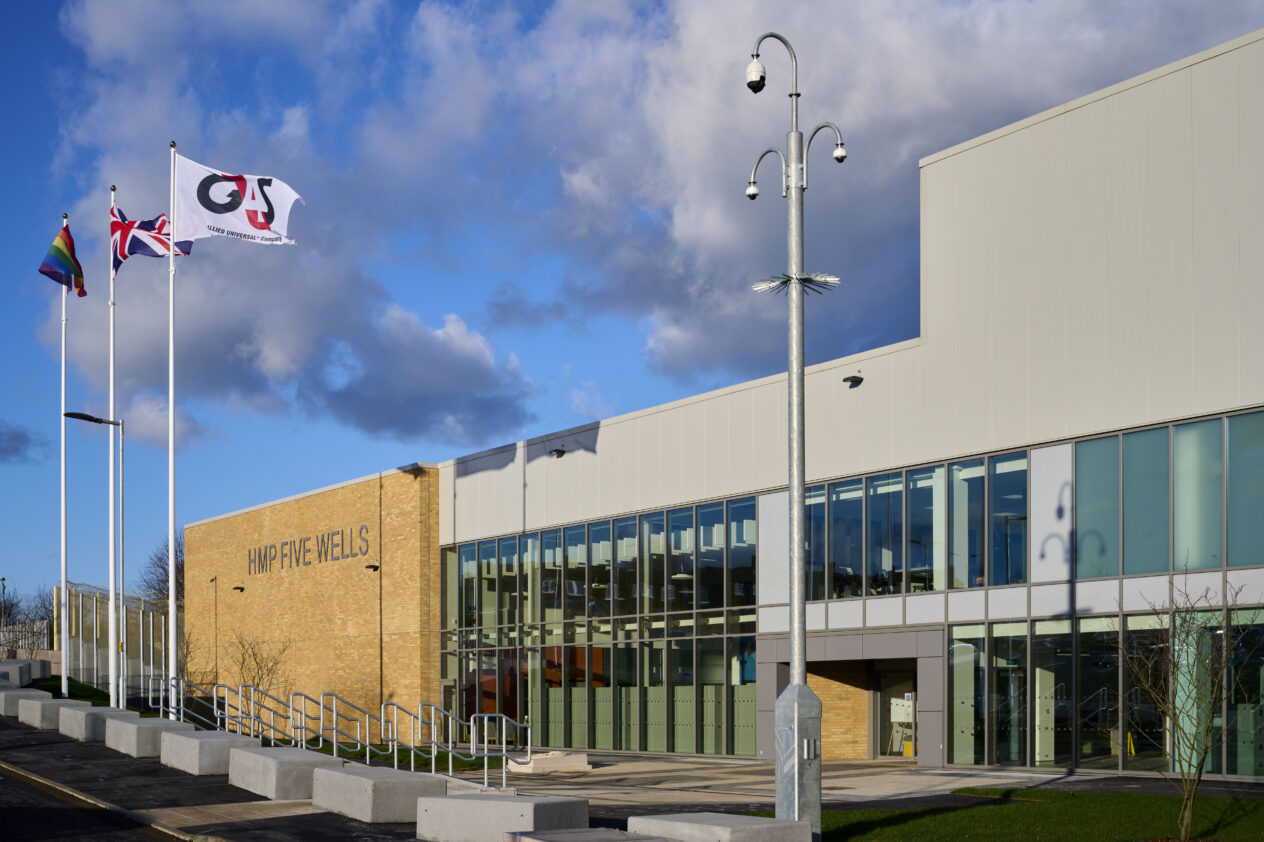 The new flagship educational facility at Nottingham Trent University Clifton Campus to enable the delivery of cutting-edge healthcare pedagogy. Designed to support the next generation of healthcare professionals, the Health and Allied Professions Centre offers a range of specialist courses such as adult and mental health nursing and paramedic science.

More of our vision 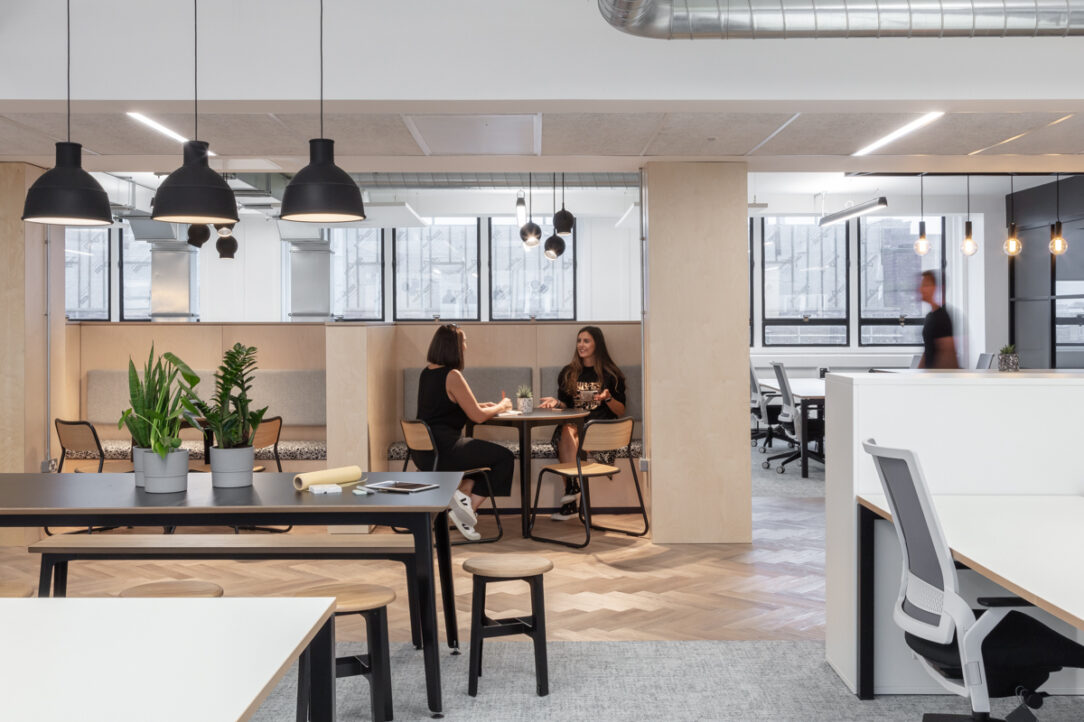 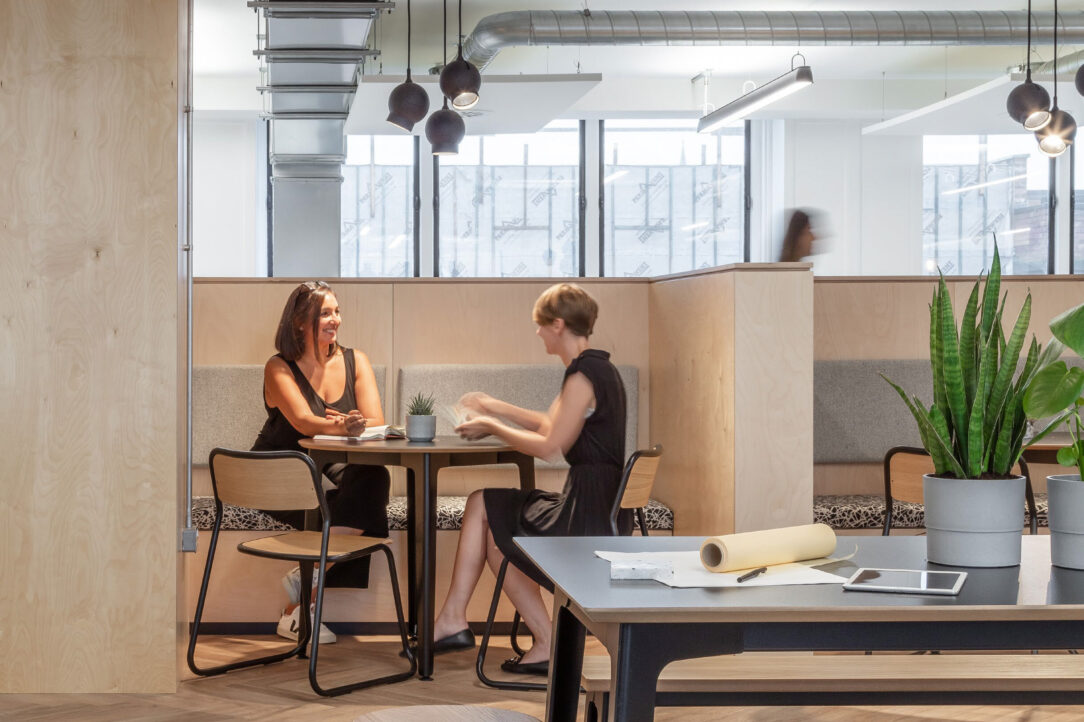 Our website uses cookies to distinguish you from other users of our website. This helps us to provide you with a good experience when you browse our website and also allows us to improve our site.

A cookie is a small file of letters and numbers that we store on your browser or the hard drive of your computer if you agree. Cookies contain information that is transferred to your computer's hard drive.